The Assist Newsletter
January 24, 2023
Start your morning with this affirmation: 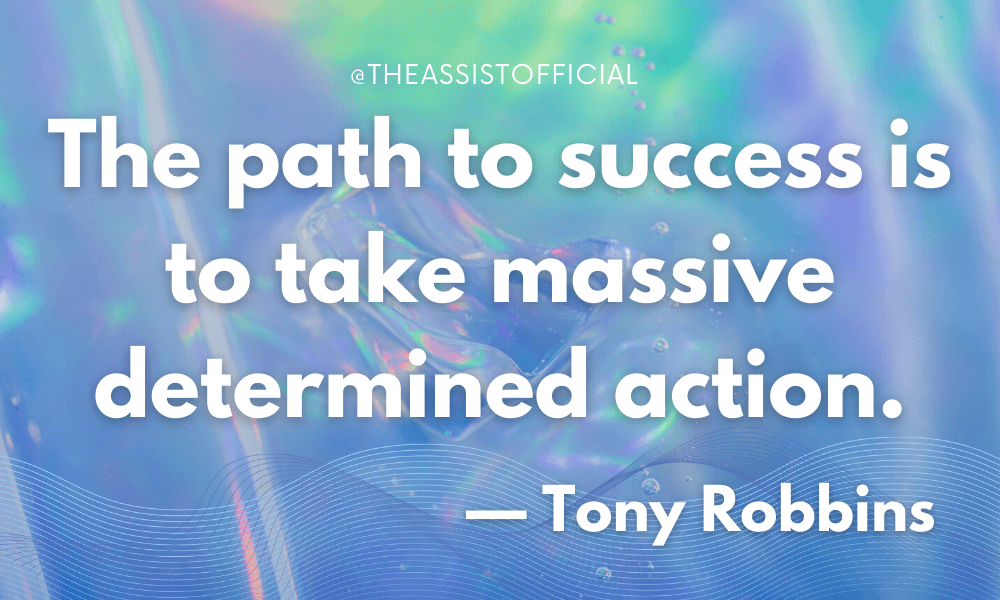 You quit your job on a whim. You got laid off. You suspect you’re about to get laid off. You got passed over for a promotion. You just can’t take another day at your current job.

No matter what led you here, you all have one thing in common: You want a new job, and you want it fast.

Career Strategist Sonal Bahl has a golden rule for speeding up your job search process:

“By crystal clear on what you want.”

It might be tempting, when you want a job fast, to cast a wide net, but Bahl says a willingness to do anything and everything may make you seem lost and confused. Instead, you should be focused on your destination and stick to your path. Bahl says it’s a lot like driving.

If you want to end up at Target, meandering down a bunch of side streets instead of sticking to the most direct route will only add time to your journey. 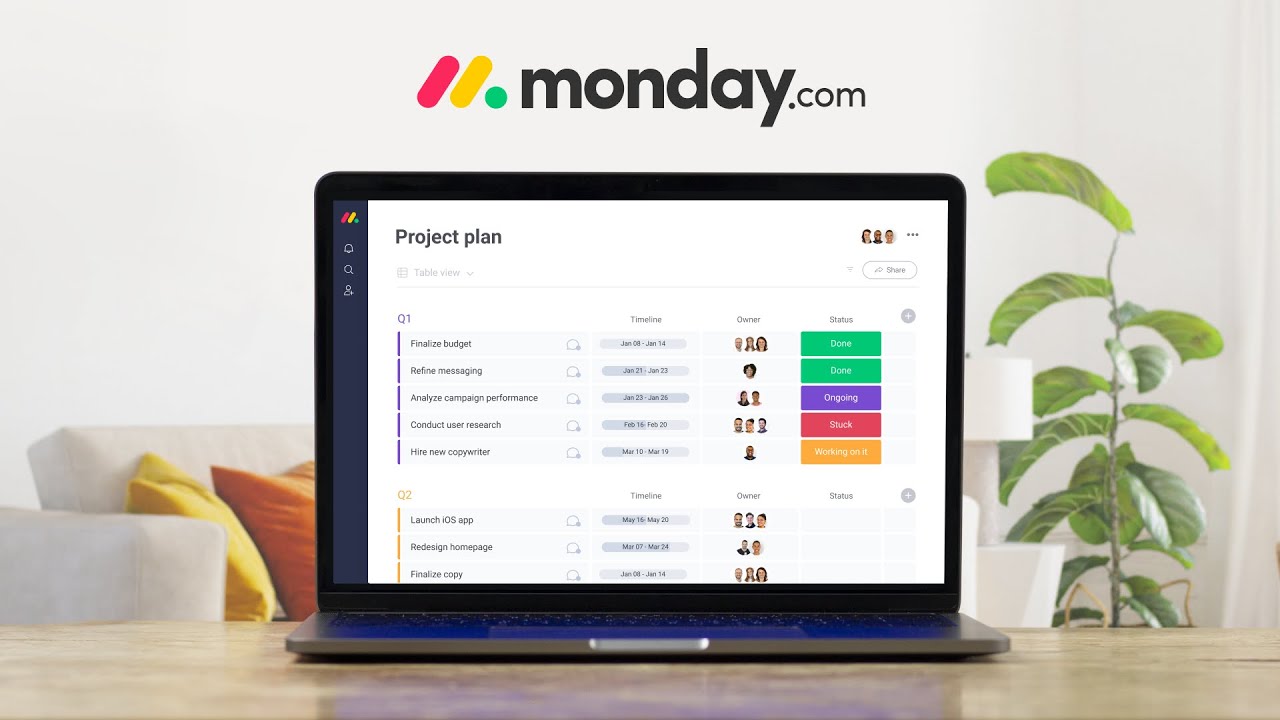 Are you tired of feeling like a detective trying to solve a mystery when it comes to managing your team’s tasks?

Introducing monday.com, the ultimate solution for uncovering all your team’s projects. 👋 Say goodbye to cluttered inboxes and disorganized to-do lists.

It’s like a one-stop shop for all your organizational needs. Plus, with its sleek design and user-friendly interface, you’ll be able to manage your team’s tasks with ease.

A lot of people lament their lack of self discipline. They want it and feel they have it in them but can’t seem to harness it.

Let’s break down the mysterious and elusive practice of self discipline.

What is self discipline anyway?

Before we begin, let’s establish a standard definition. The American Psychological Association Dictionary of Psychology defines self discipline as follows:

1. The control of one’s impulses and desires, forgoing immediate satisfaction in favor of long-term goals.
2. Resolute adherence to a regimen or course of action in order to achieve one’s goals.

What are the keys to self discipline?

Use these clues to see if you can guess some common threads shared by people with strong self discipline.

Clue 1: If people don’t already say this day-to-day pattern is the route to success, they should.

Clue 2: Saying “c’est la vie” is a way of practicing this so you can move on with your day.

Clue 3: In her ode to this powerhouse word (both a noun and a verb), Janet Jacket said:
I don’t wanna rule the world, just wanna run my life

Clue 4: The Marshmallow Experiment put this characteristic to the test.

Clue 5: If hindsight is 20/20 then this is basically telepathy.

Clue 6: Many of these fail because they’re not backed up by solid tactics.

“The easiest way to practice self-discipline is to avoid making on-the-fly decisions. We can do this by building routines,” say the experts at Headspace. “Say we’re trying to save money by not eating out. We could consider making meal prep a weekly routine. Then, after a long day, when the thought comes — ‘I’m craving take out.’ — we don’t need to act on it because our meal is already prepared.”

Mark Manson, author of The Subtle Art of Not Giving a F*ck, says a key aspect of self discipline is accepting — and not denying, suppressing, or fighting — the tendencies, compulsions, and desires that test our self discipline.

“Find it. Address it. And most importantly: accept it. Find that deep, dark ugly part of yourself. Confront it, head on, allowing yourself to feel all the awful, icky emotions that come with it,” he writes. “Then accept that this is a part of you and it’s never going away. And that’s fine. You can work with this, rather than against it.”

Author Peter Hollins says acknowledging that WE (and not other people, events, or magic) are fully responsible for what we do and do not do is the foundation for self discipline.

In the introduction to The Power of Self-Discipline: 5-Minute Exercises to Build Self-Control, Good Habits, and Keep Going When You Want to Give Up, he writes:

“We say, “I can’t,” I shouldn’t,” or “I won’t,” far more often than we should. We say it so much that we believe that fighting against these powers is useless, and thus we lose power over ourselves. In other words, when we tell ourselves we have no discipline, it ends up being true.”

Foresight is as essential to self discipline as a destination is to the operation of your GPS. If you can’t tell your GPS where you want to go, then it won’t get you anywhere. If you can’t effectively picture the benefits of your discipline, then you’re not very likely to practice it.

Research suggests that instead of focusing on inherent skills, the path to self discipline can be forged through self-directed strategies, such as:

Don’t start from scratch — use a template 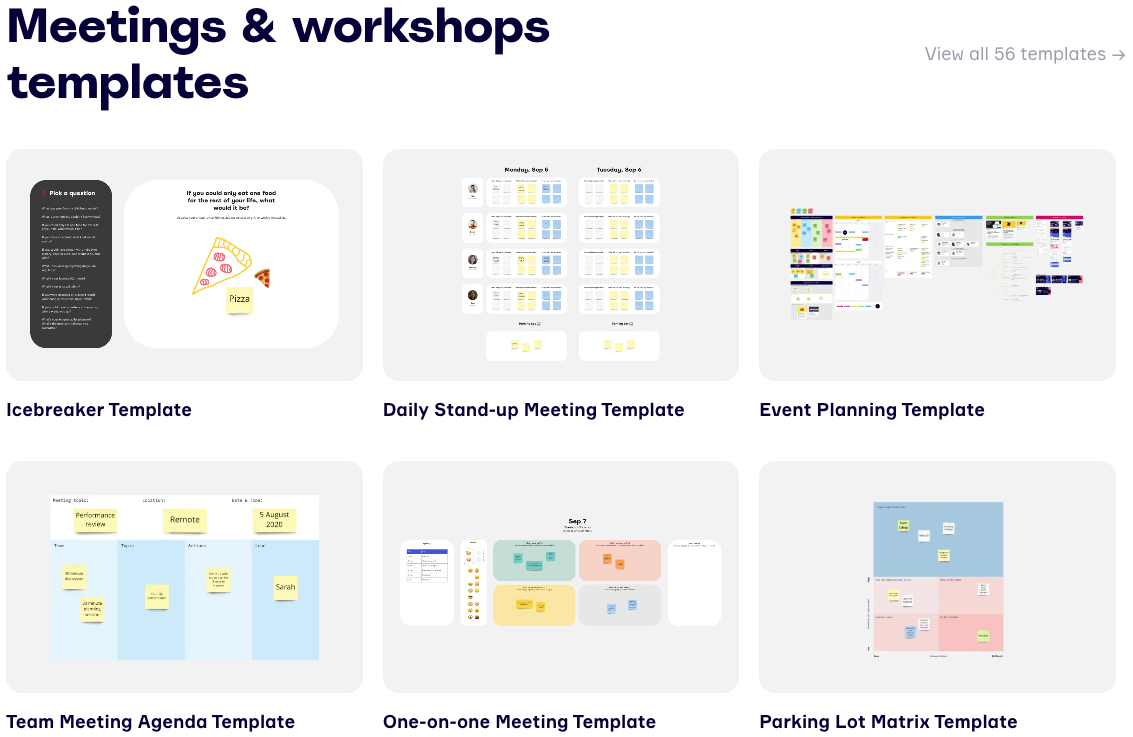 Are you tired of staring at a blank canvas when it comes to your team’s collaboration and brainstorming?

Look no further than Miro!

With a wide variety of templates, you’ll have everything you need to jumpstart your next project. From mind maps to team meeting agenda templates, Miro has it all. Plus, its intuitive interface makes it easy for even the most technologically challenged team members to use.

Some of our fave templates:

See all of Miro’s free templates

❗Make sure you create your account with a business email.

This commemoration, designated by the United Nations General Assembly, falls on the anniversary of the Auschwitz concentration camp liberation and was created to honor the memory of at least six million Jewish Holocaust victims.

The United States Holocaust Memorial Museum has resources to help you reflect and meditate on this painful day:

The GIST is a free must-subscribe newsletter that provides a refreshing female voice and perspective on sports.

The Newsette is an email full of news you need to know, stuff you’ll become obsessed with, and inspiring women to follow.

🗓️ Black History Month is right around the corner. Start planning activities with your team.

🏪 The Assist Store: Check out our Planner Bundle and browse our Etsy Store.

Riddle me this: Pronounced as 1 letter, And written with 3, 2 letters there are, and 2 only in me. I’m double, I’m single, I’m black blue, and grey, I’m read from both ends, and the same either way. What am I?