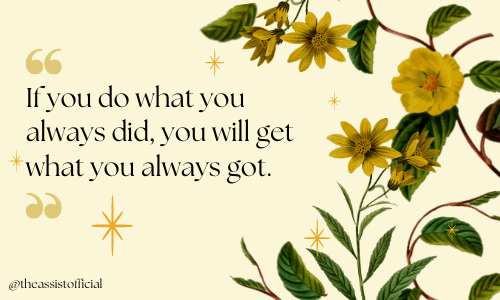 Brainteaser of the day: A man was walking in the rain. He was in the middle of nowhere. He had nothing and nowhere to hide. He came home all wet, but not a single hair on his head was wet. Why is that?

👚 To Color
Did you know the color you wear affects your mood? Read more here >

💻 To Productivity
Getting your life together can be hard. But, this gal tried working with a productivity shaman >

✍️ To Good Handwriting
Have you wondered what it would be like to have good handwriting? Here’s some tips >

☀️ To Safe Tanning
We all want that sun-kissed glow without the damage. Well, we’ve found out how > 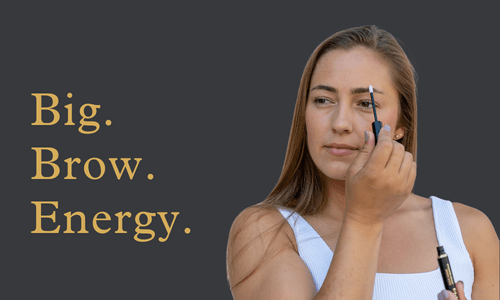 Ever dreamed of thicker, fuller brows? Enter: Revela’s groundbreaking formulas. Their feature ingredient in all of their products is ProCelinyl— the first AI-discovered molecule that directly targets and supports follicle health. From over plucked brows to hair loss, you can trust Revela on your journey back to stronger, healthier hair.

How to take things less personally

The other day, I found out that one of my close friends had an extra ticket to a football playoff game, and he invited another friend instead of me.

Hurt by this apparent slight, I thought I must have done something to make my friend mad, but I couldn’t figure out what it was. I also wondered if my friend thought I’d be a boring guest who’s not much fun to bring to a game. I wasn’t quite sure at first how to handle it, but eventually I decided to casually share what I’d heard the next time I saw him.

He replied: ‘Yeah, I thought about asking you, but I know you don’t like football,’ which made me laugh – in part because it was true, but also because I had been so focused on what I believed this incident said about me that I overlooked a more likely explanation for his decision.

This example highlights two biased forms of thinking that involve taking things too personally. The first is personalisation, which is believing that you’re the cause of a negative event, despite having little or no evidence to support the belief.

TOGETHER WITH OFFICE OTTER

With Office Otter, you can automatically convert your daily requests and convos throughout the work day into individual tasks on your to-do list.

Here are 5 steps to use it effectively:

Try it for free

Leadership tips for each zodiac

A good boss is a person that has good leadership skills and knows how to organize and manage the work, but also one who is open to suggestions and values their employee’s opinions.

There is always room for improvement, and based on your Zodiac sign, we discover the type of boss you could be and give a little advice on what you could improve to become even better.

You probably have noticed how certain people are born to be leaders, and in Astrology, some of the leadership skills required to be a great boss are given by nature. However, other signs have to work hard to be referred to as a good boss.

“When the going gets tough, the tough get going.”

Song to bump 🎵:
CHARGER by ELIO and Charli XCX

Book 📚:
The Psychology of Money by Morgan Housel

Show to binge 📺 :
My Next Guest Needs No Introduction with David Letterman(Netflix)

Song to bump 🎵:
Betty (Get Money) by Yung Gravy

In Case You Missed It…

Sunsama is the only app that helps you build “atomic habits” for success. Trial it free for 14 days.

Shortwave treats email like the to-do list that it really is, so you don’t have to track everything in your head.

Wine Access makes it easy to discover and enjoy the world’s most inspiring wines through expert curation. Enjoy $20 off your first order of $50+.

The Assist Store
Check out our Candidate Rating Card Template or browse our Etsy Store.
🚨 Help Wanted
Craving more content? Here are some recs to tie you over until then.
👉 We’ve launched our Private Facebook Group! Join today.
P.S. Follow us on Instagram & TikTok for additional tips.

Meet Doug and Rhino! Doug is an American Bulldog and Rhino is the adorable cat cuddling with him. They are best friends and we can’t get enough of them 😍.

We’re huge pet lovers at The Assist and want to feature a pet each week — send us a photo of your fur baby to be featured!

💌  Reply to hello@jointheassist.com with your pet’s name, photo and a fun fact about your pet.