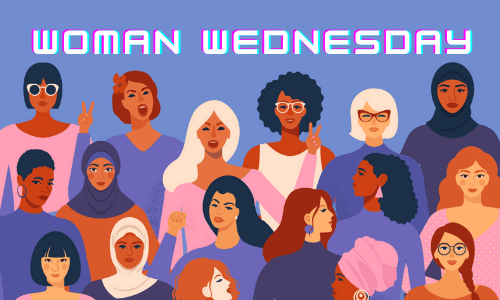 Name that Woman Trailblazer: She was the first African American woman to graduate from Harvard Medical School, first female surgeon at what was then the Boston University Medical Center, and helped found the National Right to Life Committee.

WOMAN OF THE WEEK 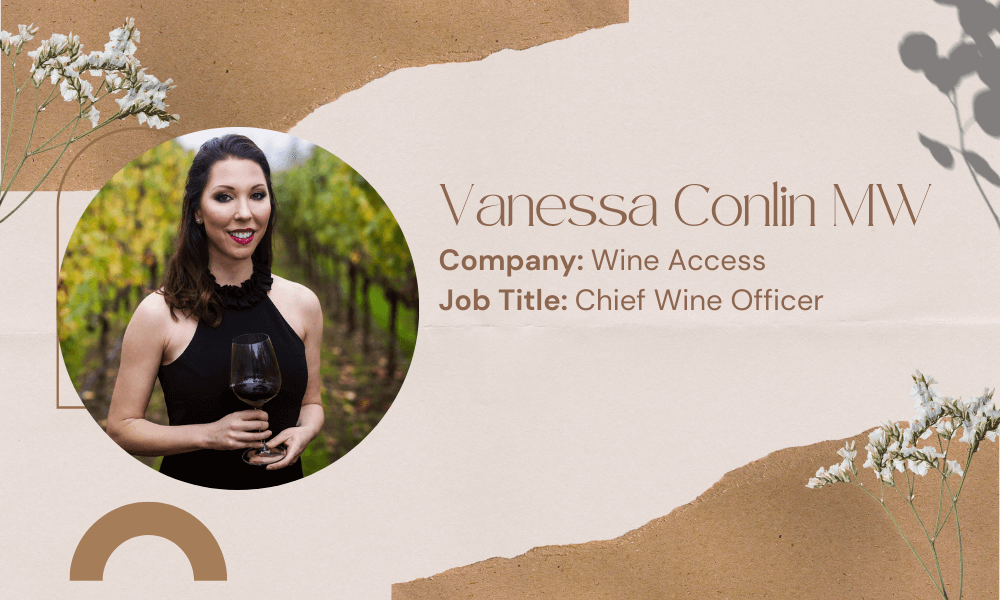 We had the pleasure of sitting down and enjoying some wine with Vanessa Conlin, a former musician turned certified sommelier and even more impressive — a Master of Wine (1 out of 56 in the United States!).

Today, we’ll share some of her wine tips along with her professional journey of transitioning from an opera singer to working in the wine industry — which, on paper, seems totally different but has many surprising similarities.

🔗 Want to connect with Vanessa? Say “hi” on LinkedIn.
👉 Watch the full interview here or listen to it on Spotify.

The Hostess with The Mostest 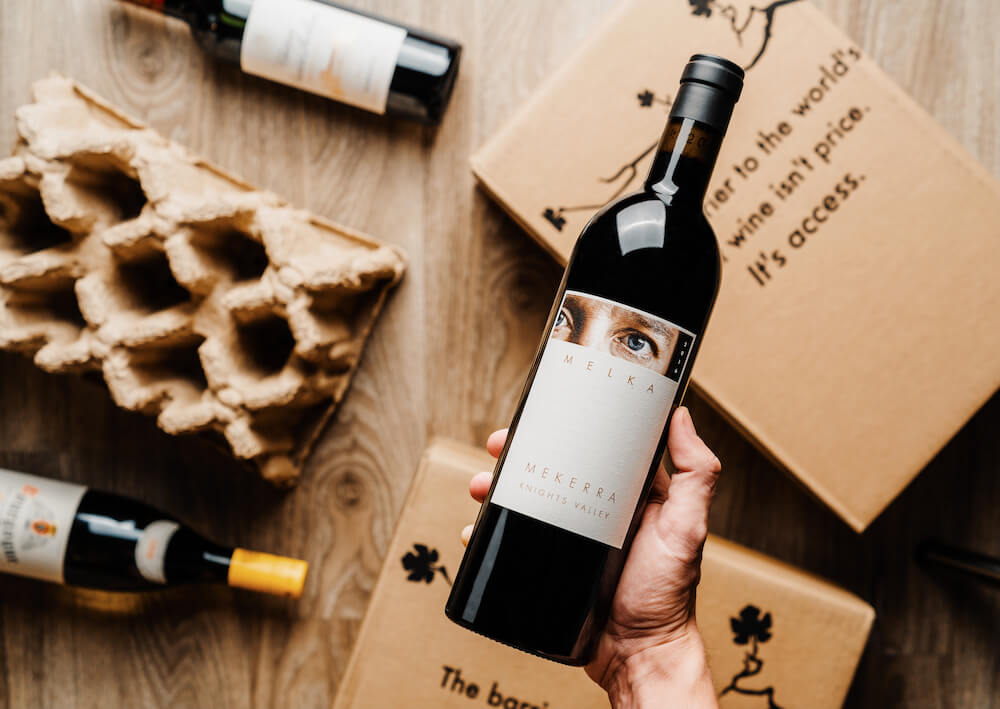 Not too long ago, we asked you about your top wine related questions — today, we’re having one of the top asked questions answered by Vanessa herself.

What are the best wines to serve at an event (aka crowd friendly)?

I’d ask yourself first what your budget is and what is the nature of the event?

For instance, an outdoor get-together on a hot day calls for chilled rosé and easy-drinking juicy reds that can pair with BBQ which are quite wallet-friendly, whereas a dinner party with elaborate dishes calls for more thoughtful food and wine pairings, and perhaps a bit more of a splurge.

My go-to wine for any event, though, is Champagne. It’s celebratory and super food-friendly with both fancy dishes like smoked salmon and caviar, but also potato chips and fried chicken.

⚡ Make your wine buying process even easier by checking out the expertly curated bottles at Wine Access.

You can buy by the bottle or discover new wines through their expertly curated wine clubs. Enjoy $25 off your first two wine club shipments.

Get Savings as Fine as Wine

Vanessa’s Journey: From Singing to Sipping 🍷

Vanessa grew up in a very musical family — her dad was a symphony conductor and her mom was an opera singer, so musical talent is baked into her genes. In fact, any time she steps into a room without music, she admittedly feels uncomfortable.

She got a Music degree from Manhattan School of Music and an MFA from Boston University. Following in her mother’s footsteps, she worked as an opera singer for a few years, and even landed a part in Bahz Luhrmann’s musical production of La Bohème, which was nominated for a Tony Award! (They didn’t win, but it’s still pretty freakin’ cool.)

So, how did she get into the wine industry?

Like many people switching industries, Vanessa went through a transition phase from living and breathing music to working in the wine industry. Between gigs, she attended a wine class for fun and fell in love with the process.

Vanessa points out, “it wasn’t instantaneous because I always identified as a singer, so I had a transition period and I realized that just because I love music, I grew up with it, doesn’t mean that I have to do it myself. I can still have it in my life and enjoy it, but actually pursue something that to me, turned out to be much more fulfilling.”

What also drew her into wine were the surprising overlaps it shared with music. “I noticed the way that people talk about and appreciate wine [is similar to] music. We use some of the same terminology like ‘balance’ and ‘harmony’, and it’s also another way of utilizing your senses.”

What does it take to become a Master of Wine?

As Vanessa chuckled a little when asked this question, she responded with, “a LOT.”

Turns out becoming a Master of Wine is extremely difficult. The pre-requisites alone are enough to deter anyone who isn’t 1000% serious about going down this path.

Here’s the watered down version of what it takes to become a Master of Wine:

As Vanessa mentioned, you need to put in “a lot of time, effort and money, and like, not be very social for several years.”

How does one find work life balance in this field?

Being a Chief Wine Officer seems like it would be nonstop fun — traveling around the world, meeting cool people, tasting endless amounts of wine, etc., and while Vanessa confirms these are all the best parts of her job, she also has less glamorous days where she lives out of spreadsheets, holds meetings with her team and runs through inventory.

She explains, “When I’m assessing wine for my work, I have to take my personal preferences out and just really say, ‘if I was a consumer of this wine, would I be really happy getting this mailed to my house’. At home I can never fully turn that side off — but it doesn’t mean I can’t just have a conversation [and drink wine] with friends without it being studious. There’s definitely a distinction between the two.”

TOGETHER WITH OFFICE OTTER

You may have heard of inbox zero, but have you heard of to-do list zero?

It doesn’t mean you have to complete every single thing on your list, but it does mean you’re clearing through your tasks at the end of each day by either completing them or setting time in the future to make sure they get done.

Luckily, Office Otter has a robust number of features that are completely user friendly and will help you achieve to-do list zero, like converting your daily convos into tasks, tagging tasks by priority, and the ability to integrate with your calendar (time blocking FTW!) — to name a few.

In addition to learning how to properly sip on wine and which wine pairs with what food, we asked Vanessa to share the best piece of advice she’s received in her career, along with a piece of advice she’d like to give out to people to help them blossom in their careers:

1) What is the best piece of advice you’ve received in your career so far?

“I think it’s probably not from my wine career but from being a musician — which is to treat everybody with respect. In the theater world, you know, be kind to the person who’s sowing your costume or doing your makeup — they’re the people ultimately who are going to be there to support you and help you look good and be successful. So it’s something that I always practice and believe in.

We’re all part of the same community. You never know where people are going to end up and what they’re going to end up doing. I think it’s really important to treat everybody with respect, have integrity with your work and be a person of your word.”

2) What is a piece of advice you’d like to give aspiring professionals to help them blossom in their careers?

“One piece of advice I’d say is ‘Don’t be afraid of fear’. I’m going to relate this back to when I was a performer — you have this fight or flight [instinct]. When I was a singer, there were times I was more confident in my performance and there were times where I was nervous. You can channel that energy into a positive. Adrenaline can actually amplify your performance. It can give you energy and give you focus.

So I’d say that just because something makes you feel out of your comfort zone, doesn’t mean it’s the wrong thing to do or that you should avoid it. It can actually mean that you’re heading in a direction where you’re going to find fulfillment.”

@coach.emrez is one of our favorite pages to follow for tips and guidance on interview prep and career development. P.S. there’s a free coaching call giveaway happening right now 👀.

Dashlane is the #1 password manager that sets your team up for security success. Try it free today.

Goody put together a special collection of Pride-themed gifts that all give back to the LGBTQ+ community. Plus they’ll give you a $30 credit just for signing up (let them know you came from TA).

The Assist Store
Check out our LGBTQ+ Pride Month Crossword or browse our Etsy Store.
🚨 Help Wanted
Craving more content? Here are some recs to tie you over until then.
👉 We’ve launched our Private Facebook Group! Join today.
P.S. Follow us on Instagram & TikTok for additional tips.

NOMINATE TO BE FEATURED

Know any go-getters? Send them our way.

Do you have a mentor, colleague, family member or friend who inspires you on a regular basis?

Give them some much deserved kudos and shout them out to our growing TA community.