The Assist Newsletter
December 20, 2022
Start your morning with this affirmation: 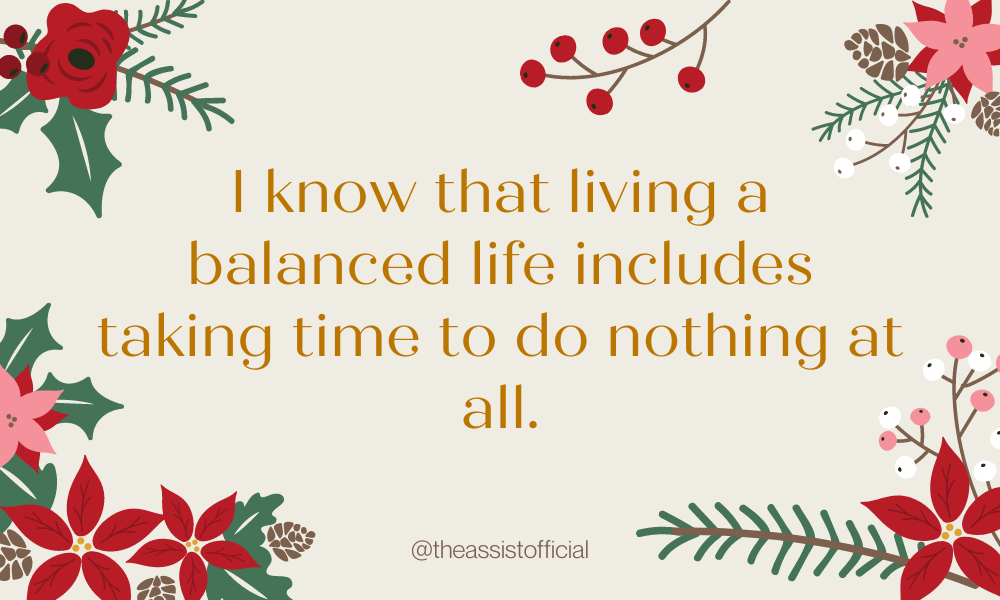 Today’s checklist: Learn from the wisdom of tea, embrace your introverted management style, work around bureaucracy, and read predictions for workplace communication in 2023.

HOLIDAY HACK OF THE WEEK

Check out these ideas for showing people you care without spending a cent. 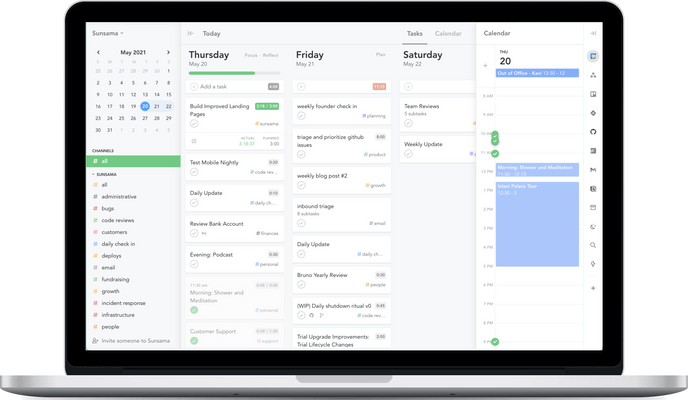 Some people prefer pen & paper while others prefer a digital workflow.

💻 If you prefer keeping track of your tasks and projects digitally, Sunsama is for you.

Here’s what you’ll get from Sunsama:

But don’t take our word for it — try it free today and let us know how it worked for you.

Try it for free today

P.S. Their Focus Mode is a game changer 👌.

“The art of life is a constant readjustment to our surroundings.” – Okakura Kakuzo

Kakuzo’s wisdom rings especially true in times of flux, like when a new year replaces the old.

Smile into the new year by following some more of Kakuzo’s wisdom from his Book of Tea. Grab your own favorite cuppa and steep yourself in the quiet contemplation of these selected quotes.

“Those who cannot feel the littleness of great things in themselves are apt to overlook the greatness of little things in others.”

“Let us dream of evanescence, and linger in the beautiful foolishness of things.”

“The simplicity of the tea-room and its freedom from vulgarity make it truly a sanctuary from the vexations of the outer world. There and there alone one can consecrate himself to undisturbed adoration of the beautiful.”

“Our mind is the canvas on which the artists lay their colour; their pigments are our emotions; their chiaroscuro the light of joy, the shadow of sadness. The masterpiece is of ourselves, as we are of the masterpiece.”

“Nothing is more hallowing than the union of kindred spirits in art. At the moment of meeting, the art lover transcends himself.”

“In joy or sadness, flowers are our constant friends. We eat, drink, sing, dance, and flirt with them. We wed and christen with flowers. We dare not die without them. We have worshiped with the lily, we have meditated with the lotus, we have charged in battle array with the rose and the chrysanthemum.” 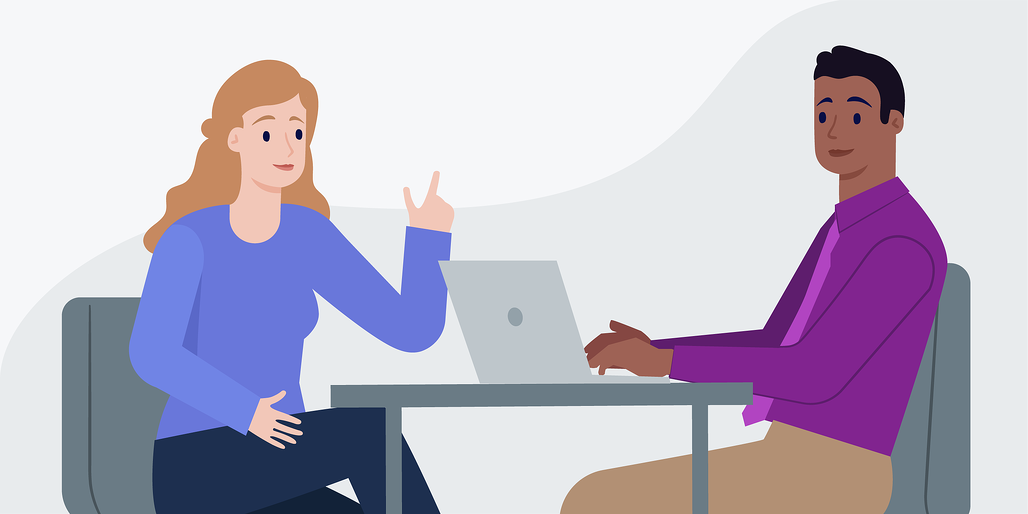 Get the agenda template >

Managing Others as an Introvert: Helpful Pivots

Instead of: Worrying about your introversion as a liability.

Pivot to: Embracing your introversion as a strength.

Susan Cain’s book, Quiet: The Power of Introverts in a World That Can’t Stop Talking, might be the ultimate guide for introverts trying to embrace their strengths. If you don’t have time to read the whole thing, then remember these nuggets of wisdom:

“’Quiet leadership’ is not an oxymoron.”

Instead of: Forcing yourself to think or speak on the spot, especially when problems or conflicts are involved.

Pivot to: Giving yourself time to do what you do best: reflecting and thinking deeply.

Here’s a quote from someone named Bill Gates, to sell you on the power of reflection.

“Well, I think introverts can do quite well. If you’re clever you can learn to get the benefits of being an introvert, which might be, say, being willing to go off for a few days and think about a tough problem, read everything you can, push yourself very hard to think out on the edge of that area. Then, if you come up with something, if you want to hire people, get them excited, build a company around that idea, you better learn what extroverts do, you better hire some extroverts (like Steve Ballmer I would claim as an extrovert) and tap into both sets of skills in order to have a company that thrives both in deep thinking and building teams and going out into the world to sell those ideas.”

Instead of: Giving in to the pressure to speak first and speak the loudest.

Pivot to: Exercising your attuned listening skills to better understand people and situations and act appropriately.

As the Gusto blog says, listening could be an introverted leader’s secret weapon.

Instead of: Ignoring your need to reset.

Pivot to: Acknowledging your needs and ultimately having more productive workdays, meetings, and interactions.

An American Society of Mechanical Engineers article highlights the following tips for getting the quiet time you need:

A Real-Talk Guide to Working Around Bureaucracy

Tired of wading through a super-sized heap of bureaucracy to get your sh*t done? Stop trying to wade through it and smash through it with these empowering rules.

This tip from Marina Nitze, author of Hack Your Bureaucracy: Get Things Done No Matter What Your Role on Any Team, is inspired by chess.

“[…] When you’re playing chess, the queen can go forward, backward, and diagonal, unlike the other pieces,” Nitze says. “This is where I encourage you, wherever you are in a bureaucracy—even if you’re outside it—to try to follow the path from end to end across the experience that you’re trying to fix.”

Rule #2: Be a little sneaky for the greater good.

This is another rule from Nitze, which she calls the “Trojan horse.”

“If you can find that Trojan horse area of the process—where you can get people to buy into change, however small—you can start earning the political capital and trust that you need, plus the understanding of how the organization works and its risk and incentive frameworks,” she says. “Then you can tackle the next most challenging part of the puzzle.”

The experts at TLNT Talent Management and HR explain this rule:

“Remember, people are human beings. While you may believe some bureaucrats are humorless drones, they have friends and families, and hopes and dreams just as you do. They’re just doing their jobs, and they have good days and bad days. Approach them optimistically and politely and try to be nice, no matter how annoyed you may be. They have reasons for doing what they do.”

Rule #4: Know thy enemy, aka the flawed system.

The bureaucracy sleuths at Better Govs have the scoop on why knowing the system helps you change it:

“Before trying to ‘fix the system’ make sure to comprehend it first. One common mistake people make is to try to improve something that they don’t even understand well. How things work the way they do and, more importantly, why. As I’ve said before, the broken system is a myth. You just need to identify the purpose it’s serving.”

Predicted changes in workplace communication in 2023

A bunch of experts used knowledge and experience to channel their inner oracles and predict the future of workplace communication in 2023. We’ve summarized their guesses below.

monday.com is the project management software that powers the world’s top brands — find out what all the buzz is about.

The Impact Job is a free weekly newsletter that mixes social impact news and jobs in a fun way. Like a 7/11 slurpee. Laughs guaranteed.

🔖 Catch up on all OG Tuesday Newsletters here.

😌 Looking to invest in an employee wellness program for 2023? Check out these solutions.

🏪 The Assist Store: Check out our Christmas Bingo and browse our Etsy Store.

Riddle me this: First, think of the person who lives in disguise, who deals in secrets and tells naught but lies. Next, tell me what’s always the last thing to mend, the middle of the middle and the end of the end? Finally, give me the sound often heard during the search for a hard-to-find word. Now, string them together, and answer me this: Which creature would you be unwilling to kiss?